‘Fix it in Post’ - The Things You Didn’t Know We Could Do! 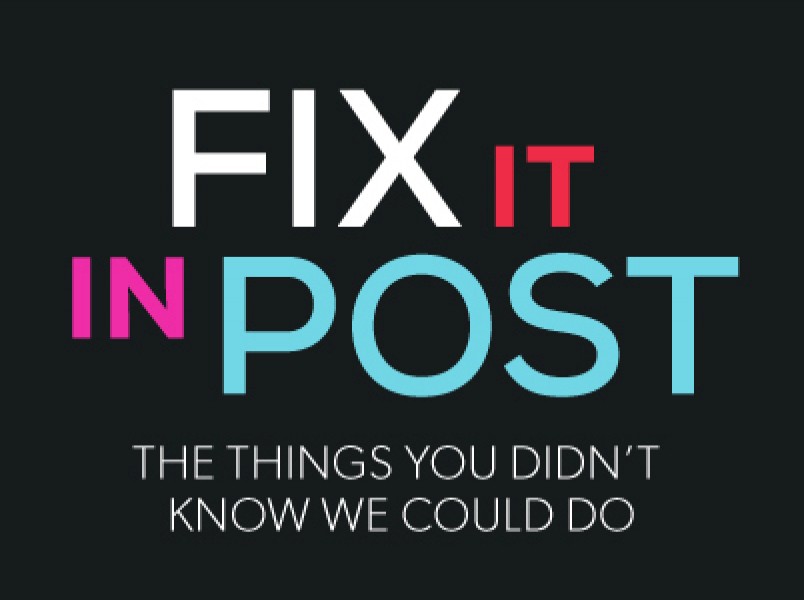 You’re most likely to hear the phrase in the middle of a film shoot when something to do with the wardrobe, lighting, weather conditions, makeup or cameras have gone wrong. Instead of taking time to fix the problem on set, it’s decided to resolve the issue after the film shoot has ended - for example, in the editing suite or by the VFX department. Sometimes it’s an issue we can’t fix on-set, or a quick cost analysis may decide it’ll be faster to fix it after the shoot, or sometimes the crew are exhausted and pass the buck onto the post-production team.

We thought it would be interesting to look back at a few instances in our history we had to fix something in post-production and reveal what is possible and enlighten you about the magic behind it.

It’s common practice to let clients know what they should wear on-set; for example, if we shoot on a green screen, it’s not a great idea to wear green - otherwise, you’ll be a floating head! Also, shirts with very fine patterns can throw the cameras off and create a very unsightly effect called moire. Issues like the above would be incredibly time-consuming to fix in post-production, so someone should drive to the local Primark and pick up a change of clothes rather than attempt a fix after the shoot is over.

However, recently we had a shoot in which the client didn’t like the colour of a shirt one of the actors was wearing. Using a simple tool within Adobe After Effects, we were able to change the shirt from a light grey to any colour the client wanted with just a few clicks:

We don’t live in California, so, unfortunately, the weather doesn’t play ball more often than not. For example, on a film shoot a few years ago, the entire crew awoke at 4 am and drove to the North Coast to capture what we thought would be a magnificent sunrise. It was, however, in typical Norn Iron fashion, overcast for the duration of the shoot. Now, we like to think we can go the extra mile for clients on most occasions, but controlling the weather on demand may be a stretch, so the decision was that we would fix the sky in post-production.

Sky replacement is a simple enough process; although fairly time-consuming, it involves finding footage or a photograph of a beautiful sunrise and making it fit seamlessly into the footage we shot on the day. As you can see below, the results can look pretty incredible:

When we’re sourcing locations for shoots, it’s not just the look and feel of the place we’re interested in - we’ll stop and listen. Is it quiet? Often overlooked on less experienced productions, audio makes up 50% of any film - so it’s vital. A film that looks beautiful but sounds terrible is terrible. However, there are some instances when a location is silent during the recce, but when you turn up to film, some unexpected noises get in the way, and the only thing you can do is try to fix it in post-production.

There are some limititations as to what issues we can fix in post-production; if a man is drilling right next to your actor, you’ve no hope. We do our best to mitigate issues by using experienced sound engineers on set who have resources that decrease noise levels and even remove specific sounds from the audio that we don’t like. The technology that we use targets the particular frequency of the offending noise and allows you to reduce its volume or remove it altogether. As long as these frequencies differ from the audio you’d like to keep, you should be good to go!

These are just a few examples of the tools we have at our disposal to try and rescue visuals and audio that haven’t worked as well as expected on-set. Of course, we aim to do as much work in the production phase to reduce the frequency of fixing things in post-production, but with 20 years of experience, we’re pretty good at resolving issues at every stage of the journey.

If you'd like to find out more about film production or the services we offer, contact our team today at info@whitenoisestudios.com.

Welcome to Whitenoise a creative agency committed to transforming global brands through compelling visual experiences. We’re a creative agency who’s work turns heads, transforms ideas into action and creates real-world impact and lasting value. Our structure is unique. Built on collaboration and an integrated approach, we deliver engaging touchpoints across all brand expressions. 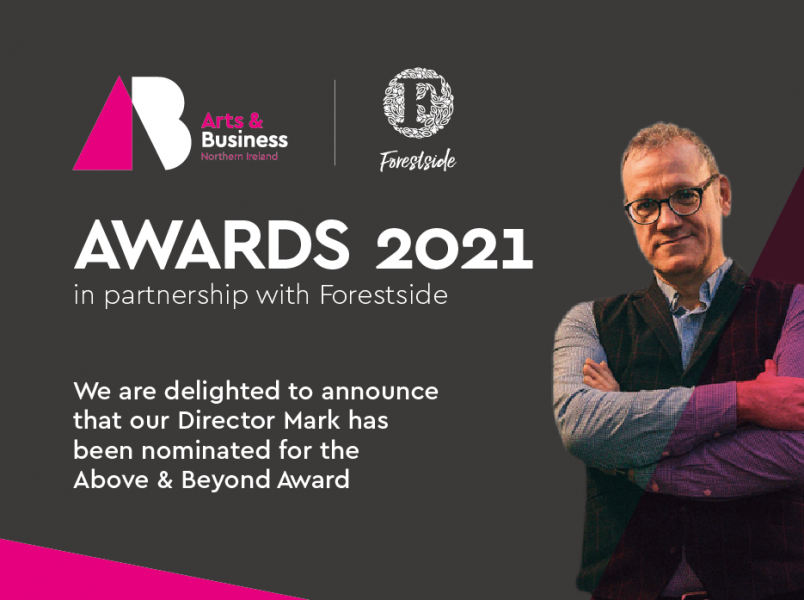 We are delighted to announce that our very own Mark Case, Whitenoise director in chief and supporter of the arts has been nominated for a 2021 Arts and Business NI award.

At Whitenoise we celebrate our pets everyday, but 11th April marks an extra - special day where they get extra cuddles and *anything* they want (within reason). Take a look at all of the animals that provide us with endless doses of serotonin. 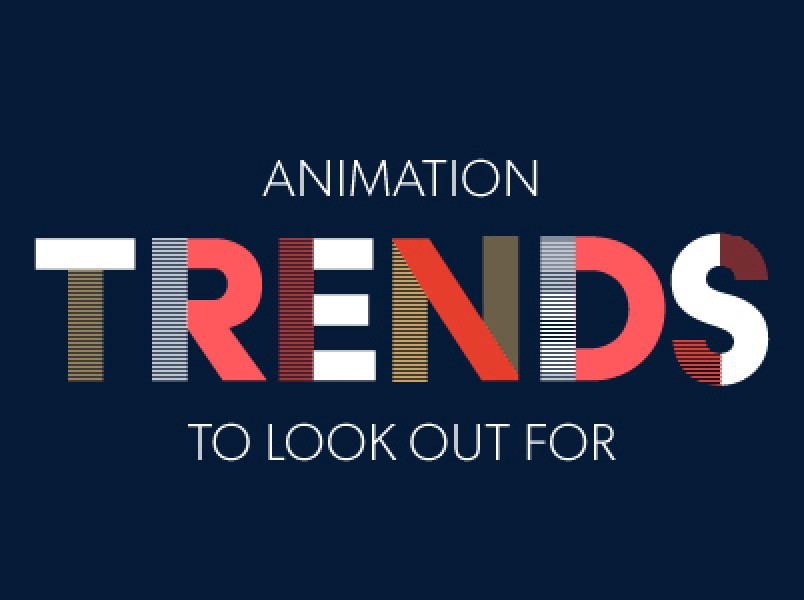 Animation Trends To Look Out For

Our Senior Digital Artist, Ciaran McLaughlin shares his thoughts and recommendations on what the latest animation trends are. If you’re interested in Animation or Motion Graphics, this is most definitely the blog for you.