Ones to Watch In Isolation 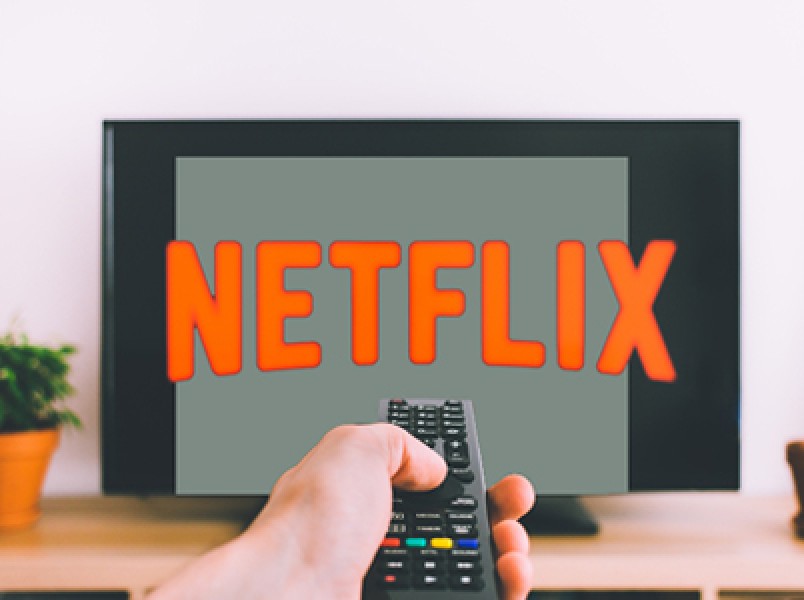 Thank goodness for streaming services in these strange and testing times! Our team have been rallying round to share tips for staying positive and escaping into a world we all love... film!

Master of None - Netflix
A brilliant comedy series that tells the story of an actor navigating his personal and professional life in New York. The show shines a light on cultural mishaps and conflicts in a hilarious manner, which leaves you giggling and wanting to see more.
Katri, Brand Designer

Missing Link - Netflix
In an attempt to find his distant relatives Mr. Link recruits explorer Sir Lionel Frost to help him on his journey. If you are looking for a laugh and are a fan of a heartwarming story then this is for you. It’s also a stop-motion animation which really adds a unique touch to the style and movement.
Ciaran, Senior Digital Artist

Schitts Creek - Netflix
If you want to suspend reality for brief moment, Schitt's Creek will fulfil this need! Brilliantly cast, it follows the story of down-on-their-luck Rose family and their spectacular fall from grace. It’s brilliant. Once you start watching you will relax, and hopefully laugh. A lot.
Joanne, Production Manager

The Irishman - Netflix
What do you get when you cross Martin Scorsese with Robert De Niro, Al Pacino and Joe Pesci? A classic sandwich, and I say sandwich because this work of art is best enjoyed in two halves. The film is over three hours long, which is too long for some but divide it into two and it becomes much more digestible. The film tells the story of an aging hitman who recalls his time in the Italian mafia through the 50s, 60s and 70s. If high calibre acting, beautiful cinematography and a rich story is your thing, this is the sandwich for you!
Adam, Director and Head of Film & Motion

The US Office - Amazon Prime
This award winning mockumentary take you on an emotional rollercoaster following the life of a group of office workers at Dunder Mifflin Paper Company based in Scranton, Pennsylvania. It will have you laughing, crying, on the edge of your seat, all at the same time. Truly spectacular.
Corey, Brand Designer

Mindhunter - Netflix
Set in the 70’s, two detectives try to define the term Serial killer, before we knew what made a true Serial killer. A Psychology-packed series following real-life stories about murderers in jail, the beginnings of the behavioural science unit in the FBI and psychology still used today to solve crimes.
Shannon, Brand Designer

I Am Not Okay With This - Netflix
This coming of age story mirrors the classic Stephen King “Carrie” plot, with a modern twist. If you were to put a rom-com, a superhero movie and a horror flick in a blender with no lid on, this is what would splash all over your walls. Ironically similar to how one of the final scenes play out. If you know, you know!
Laura, Business Development Manager

After Life 2 - Netflix
Watch this when you’re in the mood for an emotional rollercoaster, but one you’d gladly ride again. Ricky Gervais and a star-studded cast make this series a masterclass of brilliant writing and comedic timing, exploring the sad yet poignant journey of losing a loved one, letting go and trying to find the light again. Watch it from series 1 for full impact!
Jordan, Producer & Account Manager

Power - Netflix
If you enjoy a good romantic comedy, this is definitely not for you. This series focuses on two drug dealers from New York, with drugs, sex and violence it is great escapism of a world totally removed from what we are used to. It has great plot twists and is unpredictable. It’s brilliant and addictive.
Andy, Senior Brand Designer

Santa Clarita Diet - Netflix
An American horror-comedy series starring Drew Barrymore and Timothy Olyphant. If you like Zombies and gross-out physical comedy this is the series for you. Absolutely fantastic leading and support characters, brilliant scripting and guaranteed to keep you clicking the ‘play next episode’ button bottom right...
Mark, Director

Better Call Saul - Netflix
This is the rare kind of show similar to 'The Wire' or 'The Sopranos' that just keeps getting better and better the more you watch! Sharply written and engrossing, this is a darkly comical tale of questionable ethics and the American dream gone wrong. It is set in the Breaking Bad universe, however, it breaks the usual negative connotations connected to the term ‘spin off show’ with it’s impeccable acting and consistently solid script.
Matthew, Production Coordinator

We're off to binge watch the lot - let us know if you agree or disagree! 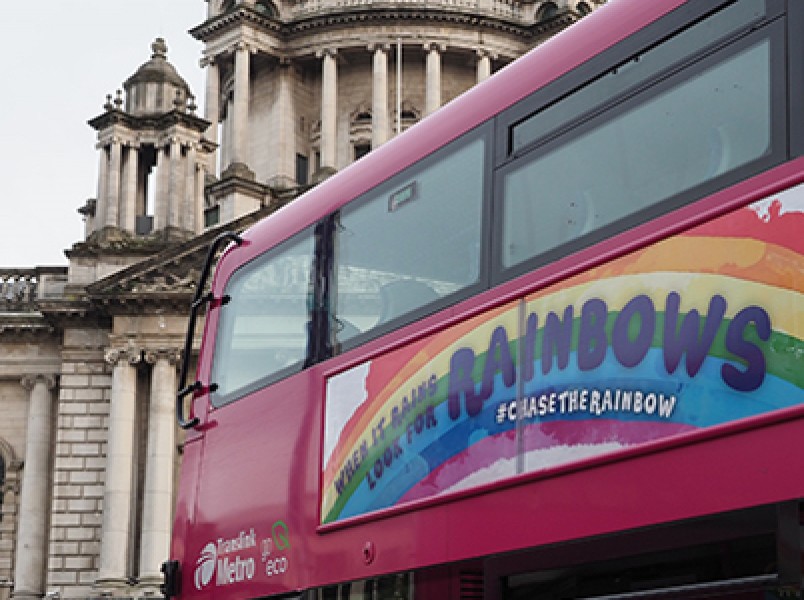 As the UK enters its second month of lockdown we’re all getting used to new ways of living under the directive to 'Stay Home, Protect the NHS, Save Lives'.

The Trainbows are coming your way...

Whitenoise is pleased to support Translink and the #ChaseTheRainbow campaign with footage of one of our beautifully branded #Trainbows pulling out of Belfast's Great Victoria Station...

What do you get when you cover two Translink trains with over 220 square meters of printed vinyl? Read on to find out...